When my boys were little, we lived in Kalama, Washington and we had a favorite banker there: Carol, of Cowlitz Bank. She loved my boys and they loved to go see her.

One day, while we visited at her desk in the lobby, she dropped something and exclaimed so naturally and automatically “Whoopsie Carol!!” My boys got such a kick out of it, and for a whole year you could occassionally hear a fumble followed by a “Whoopsie Carol!!”

We’ve moved from Carol, now, and Kalama, but I thought of her this week when I put together this little selection of Whoopsies ~ charms and pendants that didn’t come out to my standards (why toss them when they are so cute, just not perfect?)~ so they’ve become little free giveaway magnets. A little gift that I will start randomly adding to my orders as I pack them.

Sometimes, those “Whoopsie!!”s turn out to be good.

My boys received a book for Christmas from their grandpa titled “Mistakes That Worked” by Charlotte Foltz Jones. Here is one of my favorite entries:

…Where would the world be without tea? If tea had never been discovered there would be no teakettel, no teaspoon, no teacup, tea towel or teatime. Luckily, tea was discovered in 2737 BC by a great Chinese emperor named SHen Nung.

One day Shen Nung was boiling water outside when leaves from a nearby bush fell into the kettle. Before he could retrieve them they began to brew. He smelled the sweet aroma ~ and when he tasted it, the world was given TEA!

(Charlotte Foltz goes on to state that until about two hundred years ago people in many Asian countries used blocks of tea as money. Wow!)

I’m a tea-freak, so I am thankful for Emperor Shen Nungs whoopsie!

Here are my Whoopsies: 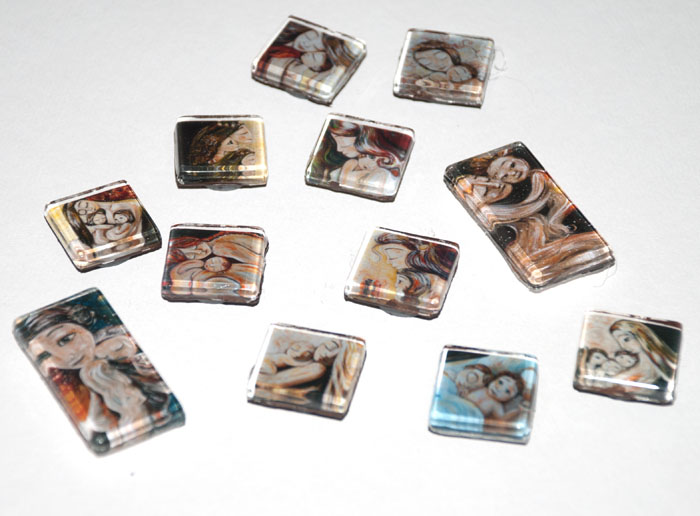 If you shop in the online Studio Shop soon, let me know that you want a Whoopsie (free) magnet (while supplies last, of course), and I’ll be sure to stick one in your package for you!

Have a great day!

The Free Cards Winner for last week is Kristen ~ thank you for playing!