Last year, my boys and I watched a documentary called Between The Folds.

The film showcases a group of scientists and artists who strive toward modern paper folding, going beyond traditional origami, and interpreting their world through paper. Their creations were awe-inspiring, it was phenomenal what they could do with only their hands.

This film captivated both my boys and I. Now, let me say that my boys are NOT movie boys. They have no interest in watching traditional movies, they have seen only one Disney film in their lives (which I made them watch and now regret). I had to super-encourage them to watch the original Willy Wonka’s Chocolate Factory movie with their daddy and I. They liked it, but overall feel that movies are a waste of time. They are 7 & 8.

However, my boys do like documentaries about art, computers and creative things. Between The Folds captivated us in such a way that while watching, sitting on the studio floor, our hands soon found paper, and soon we were all folding, creasing, scrunching, bending, shaping ~ while watching. It was amazing what our hands could do

When the movie ended (it’s not long, maybe less than an hour), my 8 year old, without any noise, stood up from his pile of paper on the rug, walked forward and started the movie over again on the computer. I’ve never seen him do that. His little brother and I gave no mind. We kept folding, and together, we watched and enjoyed the film for a second time. 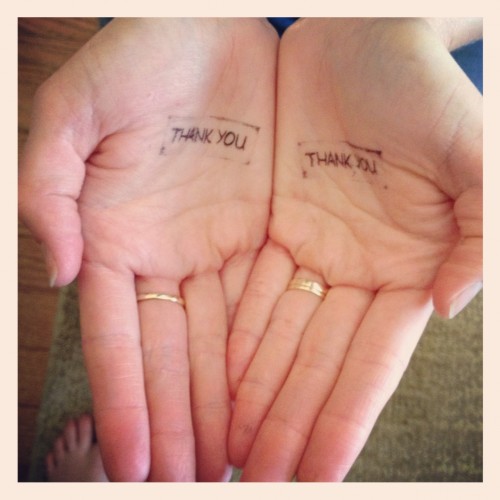 One of the gems that I took from this movie, and I wanted to be sure to capture (so I made a voice memo for myself til I could get it on paper) was the thoughts and responses of the artists and scientists when asked how they predicted their work would change over time… as they got older and learned more.

This is a question that I am no stranger to. I have received it many times. Their answer is my answer, I now realize.

These ten paper folders, molders, science-minded, art-changing folks responded that over time they suspected the techniques of their creations would fall away from their practice, as long as the emotion remained. The work would get simpler, the steps would get fewer ~ all in honor of having an emotional connection to the work.

As we do what we love, and that which we are emotionally drawn to, as we feel gratitude for that which we do, do the rules, the worries about correctness and properness fall away over time?

As we follow our hearts with our parenting, listen to our intuition and focus on remaining connected, do the guidelines, the dos & don’ts that we’ve so often read/heard become sort of unnecessary? Drowned out by instincts?

And then, does life and parenting become easier? I’m not sure, but…